Where is the friendliest place to live in London?

You are here: Home / Blog / Where is the friendliest place to live in London?
Posted by Vivo_Team on November 1st, 2017 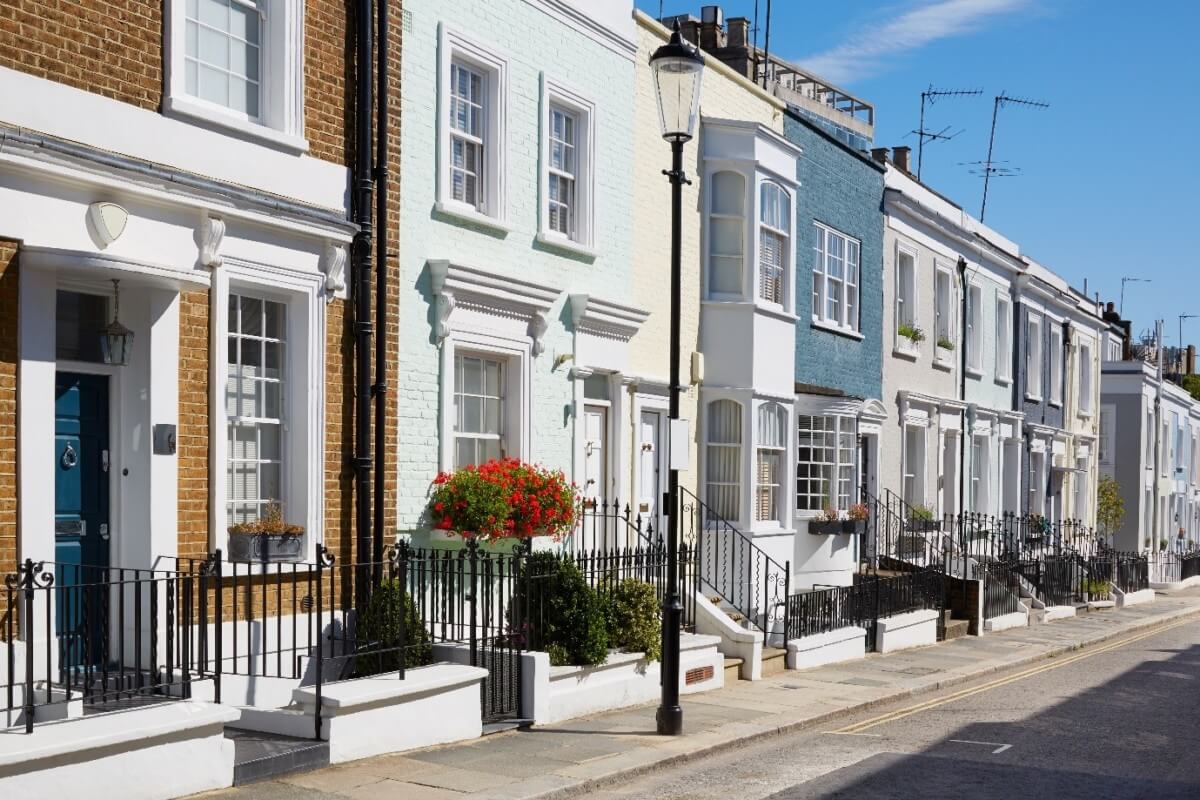 At Vivo Property Buyers, we work with many people around the south-east of England, from residents of commuter belt towns and beyond, and we also buy properties quickly in London, where we’re based. We love the Capital and have bought many homes from lots of lovely people from all areas and zones.

Therefore, we find it strange that Londoners are often called unfriendly, with critics claiming that London lacks community spirit and that the fast-paced way of life here means that people do not have time for their neighbours anymore. Therefore, we ran an online survey asking 400 Londoners from all 32 boroughs questions that were related to measuring community spirit and friendliness, to discover which part of London is the friendliest of them all!

So, whether you’re a proud native or looking to move to London, you can find out which area has the friendliest residents. Who’s your money on?

We kicked things off by seeing how people in London interact with their immediate neighbours. Looking at London as a whole, we discovered that 27% of people speak to their neighbours on a daily basis which highlights that the chattiest borough, Merton, contains residents that are seriously good at chin wagging! 67% of Merton’s residents speak to their neighbours on a day-to-day basis, and if you’re from the Tooting part of Merton, we can certainly see why. The Lonely Planet recently ranked Tooting as one of the top 10 coolest neighbourhoods in the world, so we’re sure there’s always plenty to discuss!

While Merton may be the most likely place to find neighbours chatting over a fence, at a bus stop, or at the uber cool Tooting Market, we went a level further and found out how many residents from each borough actively socialise with their neighbours. Here, the north-western borough of Brent came out as winners and it doesn’t come as a surprise. The area is well suited for socialising with a huge variety of local activities close by, from sporting events at Wembley to the trendy bars and eateries propping up at Kensal Green – there are plenty of ways to get to know your neighbours! One respondent from Brent added “I have lived in this area all my life and the neighbours are friendly and helpful” while another quipped “We are like family”. Having a good relationship with your neighbours adds to the welcoming vibe and provides a support network for both the good and bad times. Finally, we asked whether respondents would like to mingle more with their neighbours. Interestingly, despite already scoring highly for currently socialising with neighbours (80%), 71% of Greenwich residents wanted to spend more even time with them – clearly a friendly bunch!  However, no one from Hammersmith or Richmond upon the Thames wanted to socialise more often – maybe they’ve found the optimal level already?

Round 2: Activities and leisure time

Community spirit and friendliness can often be reflected by locals taking pride in where they live and participating in community activities. In terms of where to spend their leisure time, just over half of Londoners indicated a preference of staying local, which may sound low, but as a global mega-city, there is just so much to do outside of our own boroughs! Nevertheless, it appears that the King’s Road is still the place to be seen in London after all, respondents from Kensington and Chelsea said that they prefer to socialise in their local borough.

As for investing in their community, Havering has the highest percentage of residents that take part in community events – the borough is well-known for its vast amounts of open space so there’s lots of room to put on festivals, such as the well-loved The Havering Show. Held every August Bank Holiday weekend at Harrow Lodge Park, it is a fun, free and family-focused event that attracts over 50,000 visitors annually. There’s a variety of entertainment provided from music acts, wrestlers and even Disney princess singalongs. It is events like these that bring the community together and has helped see Havering come out on top: The north-western boroughs of Barnet and Camden also scored highly. As they both border Brent, north-west London was proving to be an early front-runner in the friendliest place to live. A respondent from Barnet said that they felt the borough was “friendly, community-minded and close-knit” while another added that their diverse neighbours “make for a really vibrant community”. For any newcomer to London, socialising in community events certainly helps them feel part of the local community and helps make the place feel like ‘home’.

As well as taking part in activities, we were interested to know how people give back to their community, buying locally and supporting independent businesses. Overall, 57% of Londoners surveyed made a conscious effort to support local business over larger chains or franchises (compared to 29% that indicated they do not, and 14% that did not have a preference). The topic of buying locally still appears to be important to Londoners despite claims of over-commercialisation in the Capital, particularly in central regions.

From a borough perspective, as well as socialising with their neighbours, Barnet also buys into the idea of supporting local trade the most. With the Barnet Market being one of the UK’s oldest (operating since 1199), buying local, independent produce may just be ingrained into their DNA: This preference wasn’t isolated to north-west London, however, with areas such as Bromley, Haringey and Greenwich all scoring highly. One respondent from Haringey added to their response that one of the main reasons they liked the area was the “local shops and restaurants – lots of independent (but not expensive ones)”. Indeed, from local restaurants such as Autograf and Hala in Harringay to cute independent cafes like Coffee Circus and Edith’s House in Crouch End, residents don’t need much persuasion!

Interestingly, in terms of frequency, Islington was the only borough where over 50% people indicated that they use local services daily (67%), with Camden, Enfield, and Greenwich being the next likely (all 40%). Evidence suggests that Islington tops in this category because of the strong local independent restaurants on Upper Street (also known as Supper Street) that keep residents coming back every day!

Round 4: Safety and spirit

Another key indication of friendliness and community spirit concerns how safe and welcome people feel in their local environment. The borough of Sutton, which has one of the lowest incidences of recorded crimes per 1,000 people (according to the London Datastore), had the highest percentage of respondents that felt ‘very safe’ in their borough (60%). Greenwich again scored highly with 47% of people feeling the same way and one of its residents claimed “I feel safe. I have a friendly neighbourhood and I’m in peace seeing people around not having any trouble.”

We then asked residents to rate their borough’s community spirit out of 100 – with a higher number reflecting a more positive score. The average score was 57, with Merton and Sutton, (who are adjacent boroughs in south London) both finishing top of the pile with scores of 78. A resident from Merton claimed that they felt it was like living in a “mini village” while a Sutton respondent felt the borough was “family-centric” all of which contributes the sense of belonging and community spirit.

On the other hand, the boroughs of Wandsworth and Newham came last with scores of 42 and 43. Residents from Wandsworth were critical that there were “too many snooty people in the area” and that “children are in general badly behaved”. People in Newham believe that there needs to be “more activities to bring the community together and bond” – maybe they should get in touch with fellow eastern borough Havering and see if they can put on a cross-community event together? Using the results that we gathered from the respondents, we looked at how each borough fared for each question, ranking them 1-32 (with 32 being the highest score) and gave them an overall ‘Friendly Rating’ out of 100 (using their average score). And, without further ado, with a Friendly Rating of 79/100, the population of London has crowed Greenwich as the friendliest place in to live in London! This suburban area of south-east London consistently scored highly across all sections making it the perfect all-rounder, from sociable neighbours to feeling safe out and about. Here’s what some residents said about their place:

“It’s very quiet and our neighbours are very friendly, we help each other every day.”

“My neighbours are so friendly to me and the place is also beautiful.”

“It’s near to all I need with the wealth of the experience just beyond. Multicultural and proud of it.” Greenwich is a fascinating borough, with a relaxed feel whilst also having its own Maritime UNESCO Heritage Site, making it more and more popular with London-bound tourists. Nevertheless, it has still retained its friendly nature and community spirit which makes it one of the best places to reside in the Capital. See how it fared against the average London borough below: While Greenwich came out on top, you can find out how all 32 boroughs fared in our survey:

So how did your borough do? And do you agree with the results? 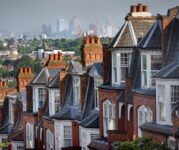 How long does it take to sell a house?

What is a cash offer on your house?
Estate agent not performing?