With the 2016 Olympics in Rio de Janeiro only a few months away, it takes us back to the summer of 2012 when London did such an amazing job of hosting the event. A lasting effect of the Games is that it highlighted the enormous potential of East London and house buyers have been investing ever here since. As a property buying company, we love this side of London too! If you want to sell your house fast, property in East London can offer you much better value than other areas of the capital. So if you are looking to buy a house or flat in East London, read our guide to this area below: 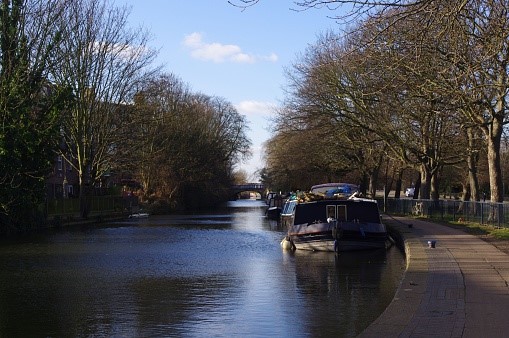 One area that has really benefited from the Olympic Legacy is Bow. Located less than a mile from where the Games were held, this area has undergone extensive regeneration and is now full of impressive new builds and rejuvenated council homes. The area has great public transport links with Bow Road being on both the District and Hammersmith & City lines and Bow Church being part of the DLR. Additionally Mile End station, which serves the Central line, is only a short distance away too. This makes Bow a perfect commuter spot and such transport links makes visiting the largest urban shopping centre in Europe, Westfield Stratford City, only a short trip away as well. Perfect for relaxing walks along its canals, Bow is also situated close to the wonderful Victoria Park. Known affectionately as ‘The People’s Park’, it has won the Green Flag People’s Choice Award for most popular public green space in the UK in 2012, 2014, and 2015. Offering so much more than the Royal Observatory, Greenwich is a great place for house buyers that crave open space. South of the Thames, Greenwich is away from the hustle and bustle of central London and offers plenty of green space and fresh air. You can spend summers relaxing in Greenwich Park, enjoying a slower pace of life at a location that isn’t miles away from the excitements of city life. Only a short ride from Greenwich on the DLR is Mudchute Park and Farm; kids love it and you will feel as if you have been transported back to the countryside too! Overall, this area is great for house buyers with families who can enjoy the small town feel of Greenwich with its cobbled streets and traditional market. Furthermore, this location is also full of maritime and naval history from the impressive Cutty Sark to the National Maritime Museum, there is always plenty to do here. If you want to live in East London and still feel part of London’s rich history then we advise you sell your house fast and move to Wapping! Formerly a hotbed of international sea trade, Wapping has a wonderful riverside location and is home to some fantastic traditional pubs such as The Captain Kidd and The Prospect of Whitby, both of which were once infamous for smugglers and pirates! Being on the Thames, Wapping is not as commercial as the South Bank or Westminster and as is far more suited for residential purposes. The area has regular London Overground transport links that cater to commuting both sides of the river, yet Wapping is still close enough to major historic sites such as the Tower of London for weekend jaunts. Situated to the east of London’s business district, the area has seen substantial investment recently, with plenty of new builds and office space being created. We love visiting the historic St Katharine Docks which has transformed as an area of maritime trade to a fantastic place to live, work and socialise. Another area of East London that has made the transformation from industrial to residential is Limehouse. The area has been wonderfully regenerated with former wharves being reinvented as accommodation, attracting the likes of Gordon Ramsay to open The Narrow gastropub here. No greater example of this shift would be at Limehouse Basin (pictured above) that has been successfully redeveloped to provide luxury accommodation, and is only a short walk from Sir Ian McKellen’s historical riverside pub The Grapes – a favourite drinking spot of none other than Charles Dickens! While this area is slightly quieter than other parts of the east, it has fantastic transport links being served by both the DLR and National Rail. One of the biggest benefits of buying a property in Limehouse is that it is well connected to so many different areas of London. Only a short commute to central London or Greenwich, places such as Bethnal Green and Canary Wharf are also in walkable distance – ideal for any commuter. House prices in this area also make it attractive to buyers in comparison to more popular and expensive areas as Shoreditch.

If you are looking for a trendier place to buy in East London, we suggest looking into Stoke Newington. Known by locals of ‘Stokey’ it has a small village feel that house buyers love.  Situated in the north east of capital, Stoke Newington borders the artistic Hackney and the area is blooming with the frequent additions of quirky cafes and neighbourhood restaurants, such as The Good Egg, and The Haberdashery. This place is great for first-time house buyers and young families who want an affordable property in an upcoming area. Another reason to buy in Stoke Newington is the charming Clissold Park. Complete with a lake and a deer enclosure, it is family-friendly and full of activities and is also is home to the wonderful Grade II listed Clissold House.

As a fast property buying company, we recommend tapping into the enormous potential we have found in East London. If you are looking to sell your house fast, we offer quick house sales and can give you an offer in under an hour. If this sounds right for you, make a simple enquiry today. 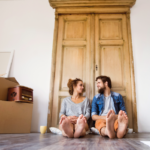